Translating the role of Mitochondria in Tumorigenesis
Close
HomeBox of Ideas 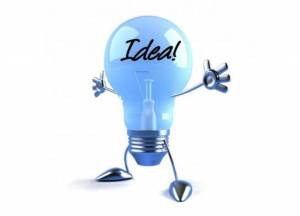 The “Box of Ideas” is a web section dedicated and addressed to patients and their families.

The Box of Ideas will be a sort of ideal wall where everyone in the research team will post ideas and suggestions on how the TRANSMIT project could accommodate patients’ needs. Their fulfillment is the main objective of our research.

Patients’ needs are very important for us to get research closer to them and their families. For this reason, we will constantly foster communication with cancer patients national and international associations and foundations.

CONTEST FOR THE CROWDFUNDING CAMPAIGN

The rationale behind the contest: the idea of the contest refers only to the choice of the association and to the activities to implement during the campaign. Since none of our ESRs is an expert in the field, the UNIBO Coordination Team thought that it might be a good idea to choose a winning proposal among the three submitted by each scientific Work Package (WP1, WP2, WP3). The contest is also meant to show our ESRs’ personal engagement in the definition of the crowdfunding campaign, form the very first step, by choosing the association(s) to support and the activities to implement during the  campaign.

How the contest works: ESRs are asked to work in group, according to the three scientific WPs, and prepare a two-slide presentation with their proposal, in which they describe the association selected and define a plan of activities to carry out during the campaign. ESRs have been previously provided with a preliminary list of oncological patients’ associations, which may be used as a tool to drive their choice. ESRs are also free to select an association not present in the preliminary list.

Evaluation: the evaluation of the three proposals will be made by representatives from associate partners Fondazione Umberto Veronesi and Dynamo Academy, plus a TRANSMIT internal Board.

Evaluation results can be consulted here. Congratulations to the ESRs from WP2 for winning the contest! The crowdfunding campaing will be based upon their porposal.