Translating the role of Mitochondria in Tumorigenesis
Close
HomeBlogNewsTRANSMIT AT THE EUROPEAN RESEARCHERS’...

TRANSMIT AT THE EUROPEAN RESEARCHERS’ NIGHT 2018 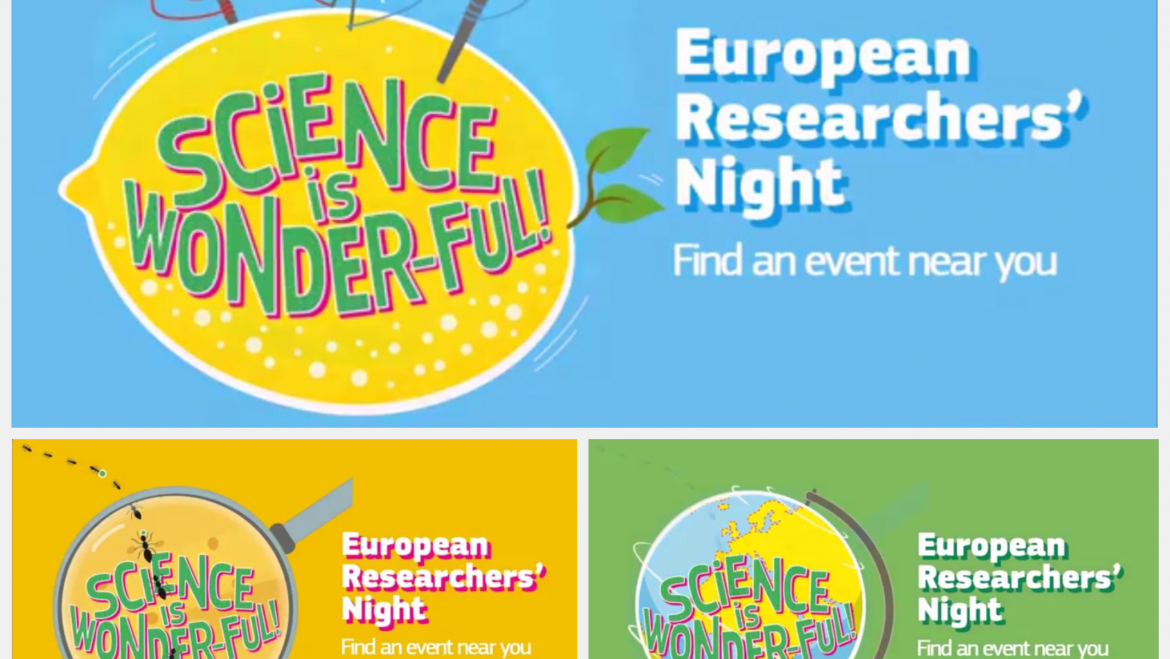 The European Researchers’ Night is an important dissemination event to bring science closer to people. This year it took place on September 28 in over 340 cities across Europe and beyond! Most of our ESRs attended the local event organised in their host country. Below you can see some pictures of the night and read some comments and impressions by our TRANSMITers. Enjoy them!

To find out more about the European Researchers’ Night you can visit the official website.

Nicole Bezuidenhout (ESR 6) from Karolinka Institute at the European Researchers’ Night in Stockholm (Sweden) on September 26, 2018 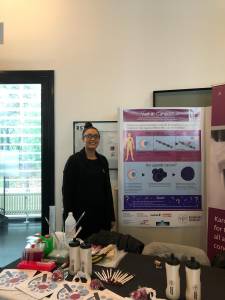 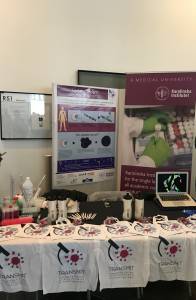 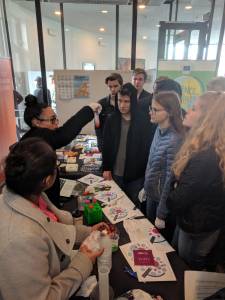 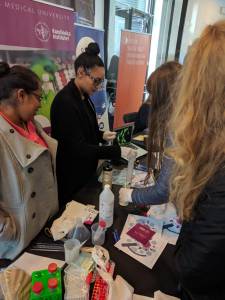 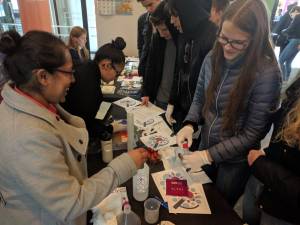 The event in Nicole‘s words:

“I participated in ERN with two of my colleagues from the department of oncology and pathology. We spoke to the students/teachers about what cancer is, what kind of research we do (me specifically as part of the transmit consortium), what it is like to do research and any other related questions they had.

We did a practical demo of DNA extraction from strawberries, which the students were able to take part in and enjoyed very much! We also had a quiz related to what we depicted on the poster (which was describing how cancer develops).

Overall, it was a great experience to be able to interact and discuss our research and the field in general with the youth (but also those educating them). It was a FUN and interactive day!!”

Houda Abla (ESR 9) and Nikkitha Umesh Ganesh (ESR 5) from the University of Bologna at the European Researchers’ Night in Bologna (Italy) on September 28, 2018 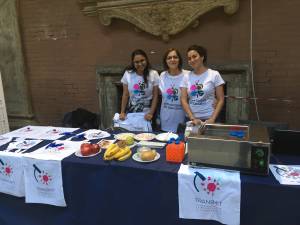 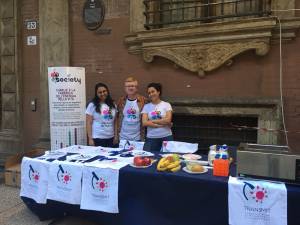 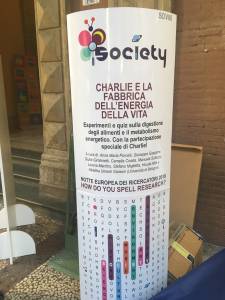 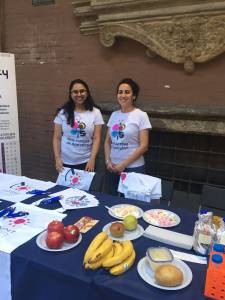 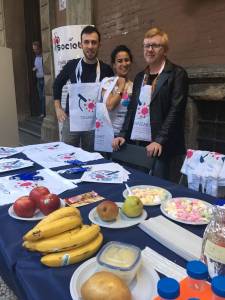 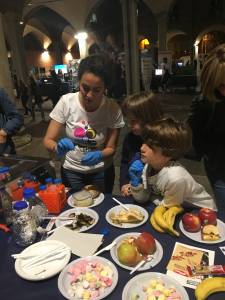 The event in Houda‘s words:

“The European Researchers’ Night is a major dissemination event that takes over in different European cities every year on September 28th evening to promote research to a non-scientific public. This year, it took place in Bologna’s Via Zomboni, the mytical street of the University of Bologna. Attending this event was a great experience. First of all, because the organisation was perfect, we had all required material and technical assistance we needed. On the other hand, we interacted very well with people from various backgrounds; everybody was interested in our activity and played the game. Like every year, the night was a success and a nice way to celebrate science and promote MSCA actions with curious crowds of all ages in a relaxed atmosphere.” 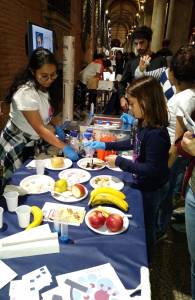 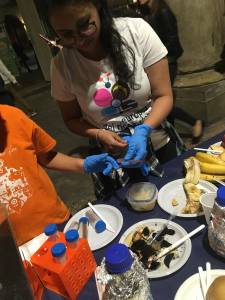 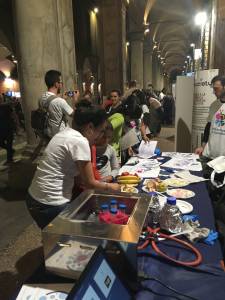 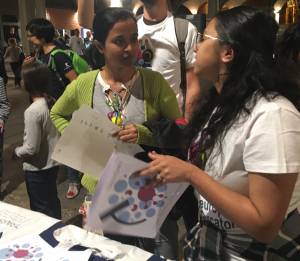 “The European Researchers’ Night held in Bologna on 28th September reached its goal to raise awareness of the importance of research to the general public. I had the chance to show young people that science can be very enchanting and magical and was also able to create an understanding of the importance and impact of our TRANSMIT research to the young kids and adults.”

Floriana Jessica Di Paola (ESR 3) from the Justus-Liebig-University of Giessen at the European Researchers’ Night in Heidelberg (Germany) on September 28, 2018 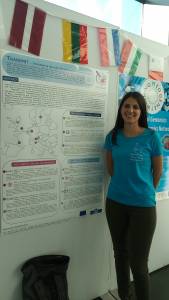 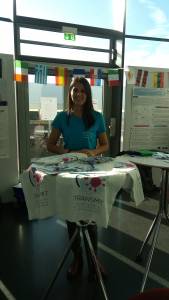 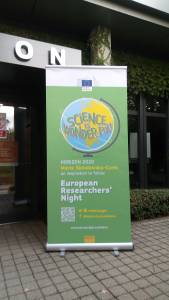 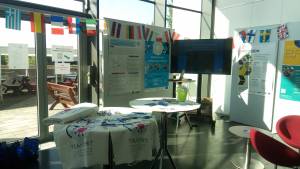 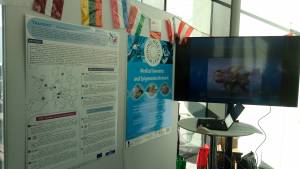 The event in Floriana‘s words:

“Being an ESR gave me the opportunity for the first time to be involved in the European Researchers’ Night as visitor as well as scientist. Through presentations, experiments, events specifically designed for children, workshops for students, and a variety of original events, the public could experience research at first hand and had direct contact with all of us scientists.

It was very exciting meet people of any age and tell them about TRANSMIT and my daily work. I think the European Researchers’ Night is a unique opportunity for people to meet researchers, talk to us, and find out why it matters for their daily life, in interactive and engaging ways.

In a few words, this yearly event is really a “fun learning” for common people and I am very lucky to have been a part of it!”

Daniela Weber (ESR 11) from the Paracelsus Medical University of Salzburg at the European Researchers’ Night in Vienna (Austria) on September 28, 2018 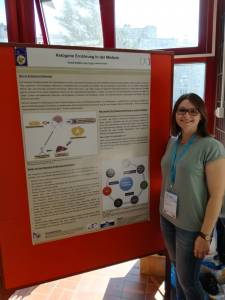 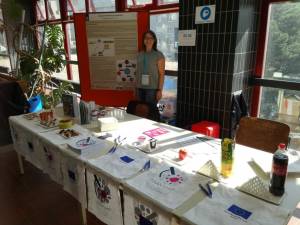 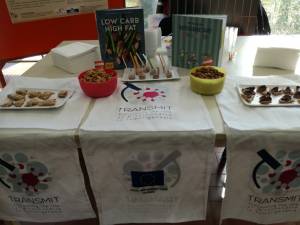 The event in Daniela‘s words: 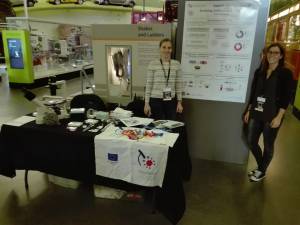 Ana Catarina with her colleague Alessandra